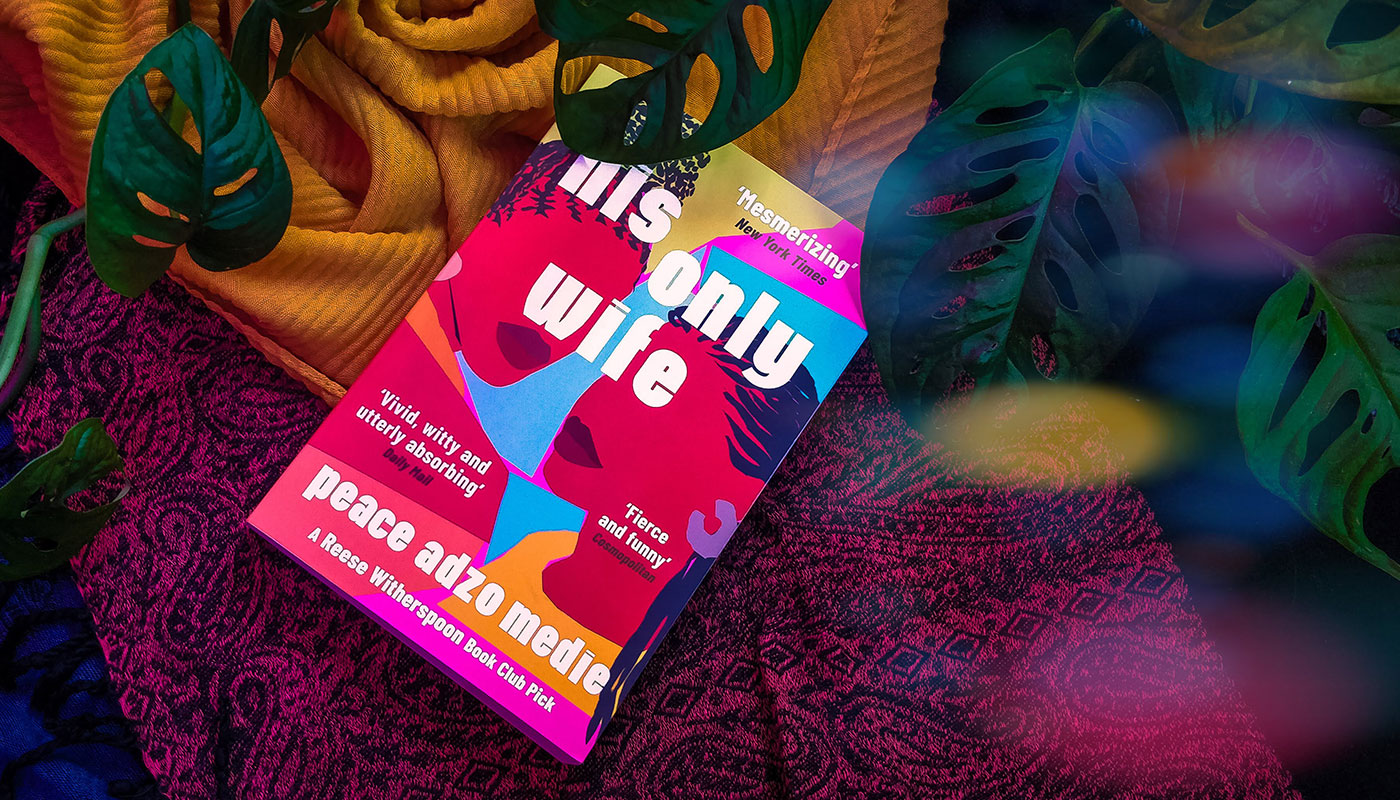 Review – His Only Wife by Peace Adzo Medie

So, apparently, His Only Wife by Peace Adzo Medie is considered a humorous book. It is about a young woman who is married off to a very successful businessman, Elikem Ganyo in absentia – without him actually being present at the ceremony. It takes the newlyweds a couple of weeks to meet in person because the man has a previous relationship he doesn’t want to give up. The only reason he agrees to marry our main character, Afi, is because his family won’t allow him to wed his other girlfriend.

While I did find funny moments in the book that made me laugh out loud, I thought the book’s topic was actually quite serious. It debates whether or not a man should (or could) have more than one wife (as it is customary in some African cultures) and whether a woman could (or would) accept a second place in her man’s romantic life.

While we only see Afi’s perspective throughout the whole novel, I couldn’t help but wonder about the other woman, the one everyone says so many bad things about. As we know, things are usually not what they seem, and Afi’s naivete and innocence prevents her from even trying to face the truth.

Peace Adzo Medie’s His Only Wife is a real page-turner. I simply couldn’t put it down. Besides telling the story of a woman desperately trying to ‘seduce’ her own husband, it also allows the reader glimpses into the workings of the Ghanaian society and the gigantic gap between the different socio-economic classes: while some live in tiny, modest houses with no plumbing, others own multiple estates, houses, shops, etc. His Only Wife shows the beauties and faults of both of these classes without wanting to pass judgement on either.

His Only Wife by Peace Adzo Medie definitely deserves a Five Fox rating! 🦊🦊🦊🦊🦊

I love it when a novel makes you feel very different feelings towards its characters, especially if it’s the main character you aren’t certain how to feel about.

Do you think Eli’s attitude towards the two women was fair?

Who did you think deserved more to be ‘his only wife’?

What did you think about Afi’s decision at the end of the novel? Do you agree with her?

As always, thank you for reading! 💙